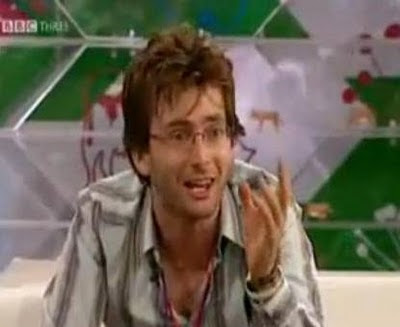 Many thanks to Donnaj for suggesting today's David Tennant Treat 4 Today. It's a video interview of David Tennant from 2005 when he attended the Glastonbury Festival.

It was not too long after he had been announced as playing the Tenth Doctor and was before he had started filming so he could wander around without causing the stir that he does nowadays.

One funny part is where he catches a glimpse of himself in one of the monitors and realises quite how "festival" he looks!