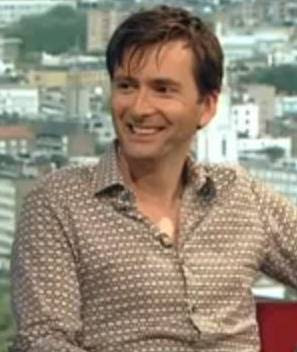 The David Tennant Treat 4 Today is a video which is just over a minute long and is David talking about Hamlet on the Andrew Marr Show on BBC1.

The programme was recorded on Sunday 8th June 2008 (it was broadcast life) and David appeared to promote the DVD of Takin' Over The Asylum but, as he had only started rehearsals on Hamlet a week earlier, not surprisingly Andrew asked him about the play and David used his line that it was "just another play."