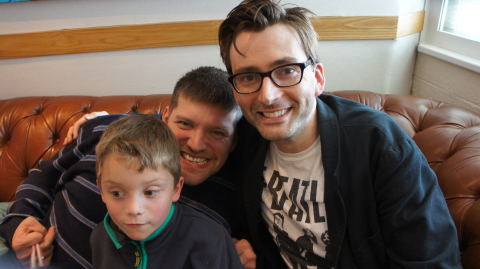 Continuing our look at David Tennant's career during 2012 as the David Tennant Treat 4 Today this week, today we are looking at his television voice-over work.

David started the year with a couple of nature documentary programmes / series - Earthflight (which BBC HD are starting to repeat tonight) and Wild About Pandas.

In March the documentary We Won't Drop The Baby was broadcast and in October the programme titled Secret Universe: The Hidden Life of the Cell.

Of course, David Tennant's most popular television voice-over this year was the second series of the comedy Twenty Twelve which looked at the run-up to the London 2012 Olympic Games.

The video today is from Twenty Twelve. (It is a BBC video so hopefully it will play worldwide.)