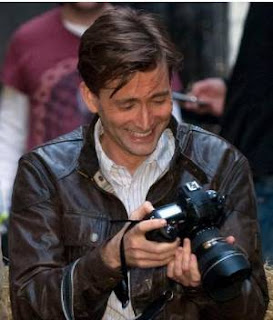 The David Tennant Treat 4 Today is something slightly different today as we are looking at the BAFTA screening of Single Father which happened on Monday 13th September 2010.

Here is the write-up about the event from DavidTennantOnTwitter.com which includes such quotes from fans as "Single Father was SO GOOD. Wow. And David Tennant is seriously one of the most amazing emotional actors out there" and "At the Single Father Q&A all the panel remarked on David Tennant's acting, praising his "honesty and truthfulness", plus the intelligence he brought to the role."

This is a link to a review of the evening by Canadian-Turtle and this link is a review (with photos) by Foxyhic.