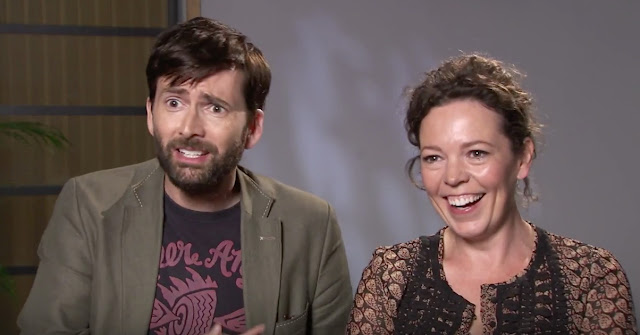 The David Tennant Treat 4 Today is a video of the Making Of Broadchurch Series Two. It is entitled Success And Series Two and was included on the DVD.

The second series of Broadchurch began airing on ITV in the United Kingdom on Monday 5th January 2015. The eight-episode series focused on the continuing fallout of the murder of 11-year-old Danny Latimer in the fictional, close-knit coastal town of Broadchurch.

In this video cast members talk about their characters and the success of the first series. The writer Chris Chibnall also chats about the production and keeping the storyline secret.