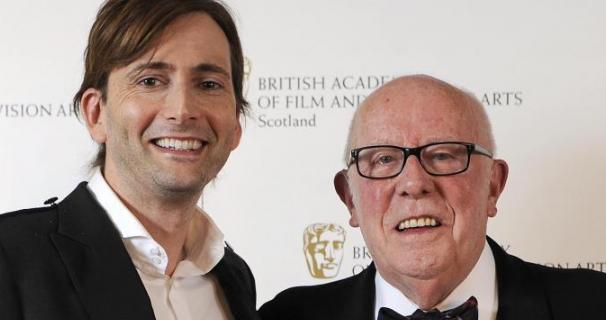 The David Tennant Treat 4 Today is episode one of Believe It!
In May 2012 David Tennant was one of the cast in a new BBC Radio Four comedy called Believe It! which was a four part series that was an exaggerated version of Richard Wilson's life with the main character being played by Richard.
Episode one was called Drink with the question 'Why does Richard Wilson get drunk every 25th November?'

Link to listen to the MP3.

Please do not link directly to the MP3 if you post this elsewhere online but rather link to this page.
Please note this MP3 may not play in Firefox.