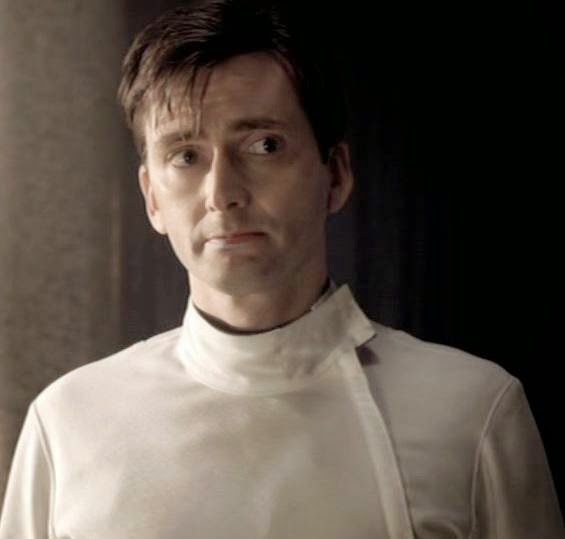 The David Tennant Treat 4 Today is a video which aquariusliu24 has kindly sliced together of both John Simm and David Tennant performing Act 2 Scene 2 of Hamlet.

John Simm performed the play in Sheffield during 2010 and this scene was filmed (although he performed it slightly differently on stage).

David's clip comes from the Hamlet DVD and he played it more angrier than he used to on stage, especially the first few lines as on stage he used to play it with more resignation than anger.