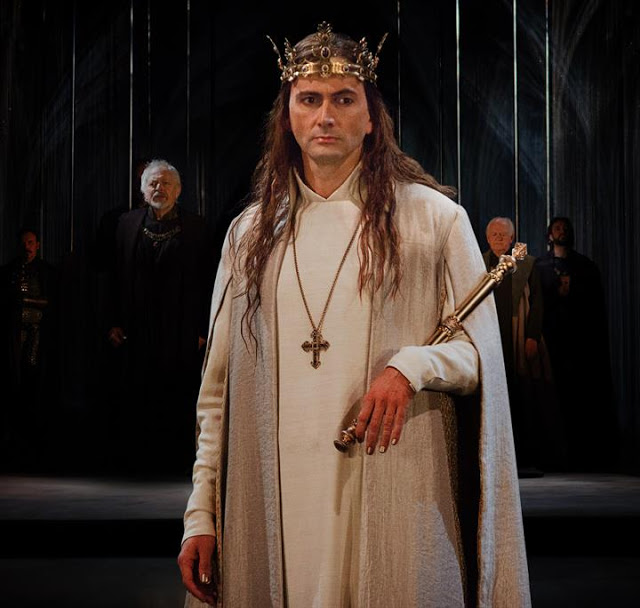 The David Tennant Treat 4 Today is a video which was posted by What's On Stage of David Tennant's acceptance speech for their Best Actor award in 2015.

David Tennant won the Best Actor In A Play Award for his role as Richard II for the Royal Shakespeare Company production of the play which run from Thursday 19th October until Saturday 16th November in Stratford-upon-Avon. It then transferred to the Barbican Centre in London from Monday 13th December 2013 until Saturday 25th January 2014.

The performance on 13th November was screened in various cinemas around the world.

David Tennant reprised his role as Richard II for The RSC King And Country cycle at the Barbican Centre in January 2016 before it transferred to the Brooklyn Academy Of Music (BAM) in New York in March 2016.