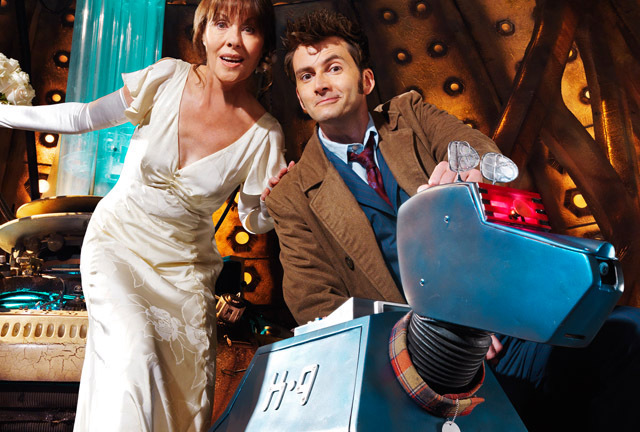 The David Tennant Treat 4 Today is a clip of David Tennant from the behind the scenes video diary for The Sarah Jane Adventures episode The Wedding Of Sarah Jane Smith.
David Tennant guest starred as the Tenth Doctor in this two part episode which was originally broadcast in 2009.
Apologies if this video does not play in your country.
Posted by David Tennant On Twitter at 14:00