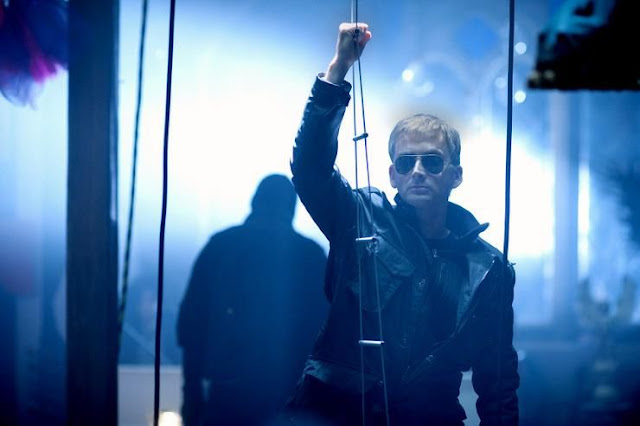 The David Tennant Treat 4 Today is a clip from the movie St Trinian's 2: The Legend of Fritton's Gold.
David Tennant played a 'baddie' called Pomfrey in the movie which had its premiere in London on Wednesday 8th December 2009 and opened countrywide on Friday 18th December. David Tennant did not attend the premiere as he was filming in LA.
The movie was filmed from Monday 6th July to Friday 28th August 2009 (although David Tennant was not needed for all that period).
The film also stars Rupert Everett, Colin Firth and Sarah Harding.
In this clip David's character makes a dramatic entrance!
Apologies if the video does not play in your country.
Posted by David Tennant On Twitter at 14:00