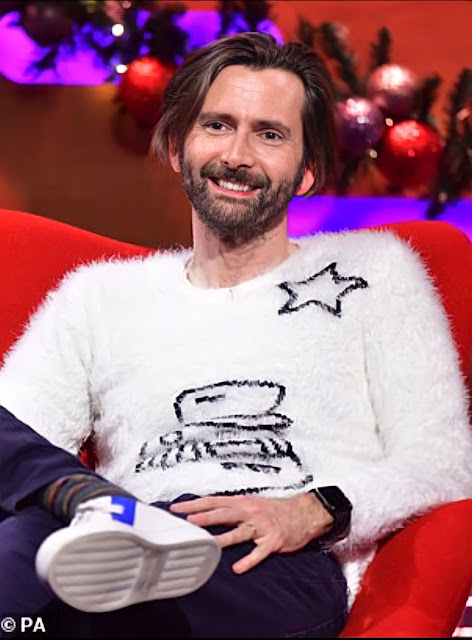 Today the David Tennant Treat 4 Today is a video of a clip of David Tennant on The Graham Norton Show. This is the episode which was first shown in the UK on Friday 18th December 2020. David appeared with Michael Sheen to promote the second series of Staged which premiered on BBC One in the UK on Monday 4th January 2021.
In this clip David talks about an injury he received on stage years ago.
Apologies if the video does not play in your country.