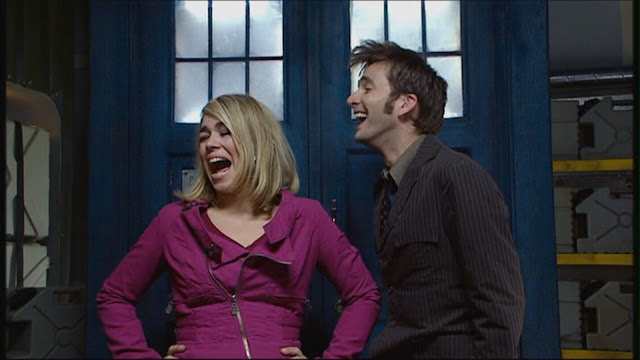 The David Tennant Treat 4 Today is a video of the Doctor Who Confidential Series Two Episode Nine which was titled Religion, Myths And Legends. It was about the Doctor Who episode The Satan Pit.
In this clip Russell T Davies reflects on the dark side of Doctor Who while David Tennant talks about the lengths that are thrown at the Doctor when in a crisis. Also Will Thorp gets the graffiti treatment for being possessed Toby and being wired up for getting sucked out of the spaceship.
The episode was originally broadcast on Saturday 10th June 2006 on BBC Three.
Apologies if the video does not play in your country.