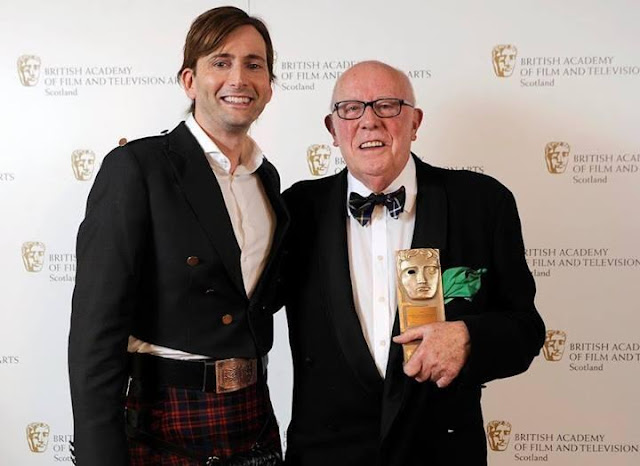 The David Tennant Treat 4 Today is a MP3 from episode one of the second series of the BBC Radio Four comedy Believe It!

David Tennant played himself in Believe It! which is an exaggerated version of Scottish actor Richard Wilson's life in that the main character (played by Richard) is a Scottish actor and national treasure, unmarried, private, passionate about politics, theatre and Manchester United - all of which are  true.

The episode is titled Victor and the description is:
'Richard Wilson charts the extraordinary effect Victor Meldrew has had on his life and recounts what happened when the character was finally killed off.'
David also voices Mickey Mouse in this episode.
Link to listen to the MP3.
Please note this MP3 may not play in all browsers.
Please do not link directly to the link if you post this elsewhere but rather link to this page.
Posted by David Tennant On Twitter at 14:00