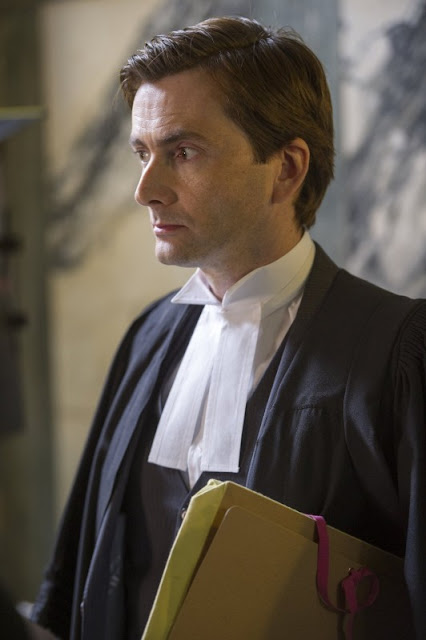 The David Tennant Treat 4 Today are two videos which show more of the David Tennant scenes from the first episode of The Escape Artist.
David Tennant starred in the three part drama The Escape Artist which was broadcast on BBC One at 9pm on three consecutive Tuesdays from 29th October 2013. It was broadcast in the US on PBS during the Masterpiece programme on Sundays 15th and 22nd June 2014.
The Escape Artist was a thriller about Will Burton (David Tennant's character) who is a junior barrister who specialises in getting people out of tight legal corners.
He is in high demand as he has never lost a cause but when he gets a notorious prime suspect acquitted in a murder trial, his brilliance comes back to bite him with chilling results.
Ashley Jensen, Toby Kebbell and Sophie Okonedo also starred in the drama.
Apologies if the videos do not play in your country.
Many thanks to Just Tennant for uploading all the videos.
Posted by David Tennant On Twitter at 14:00