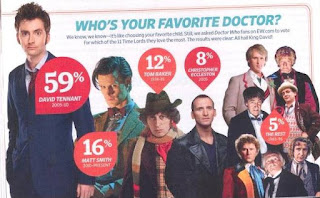 As we posted on Friday, David Tennant has been voted Favourite Doctor in a poll by the American magazine Entertainment Weekly.

This has subsequently been picked up by numerous websites over the past few days (including UnrealityTV who noticed that David Tennant received more votes than all the other ten Doctors added together!)

Accompanying the poll was an interview with Matt Smith and an article about Doctor Who.

Many thanks to @bklyn19ny for the scans. 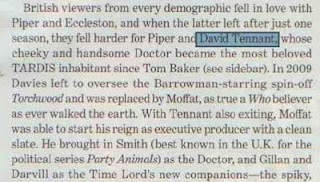