Regular readers of the David Tennant Treat 4 Today will know that we often feature extracts from various books about David Tennant.

It is actually five pages which start exactly a year ago today - 1st October 2010.

David Tennant 2009 and 2010 includes the filming of David's final episodes of Doctor Who, Single Father, Fright Night, Hamlet and United as well as all his press, television and radio interviews during those years.

The book can be purchased from DavidTennantBook.com for £9.99 (including postage) and 100% of the profit is donated to the cancer charity AICR which David himself supports.

Starting tomorrow DavidTennantOnTwitter.com will be running a competition to win some copies of David Tennant 2009 and 2010.

As usual, click the graphics below to view larger and readable versions. (The sixth page of this chapter included a swear word which is why it has not been included!) 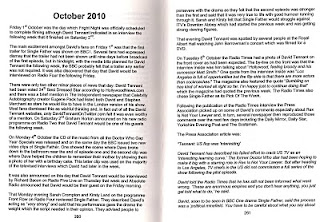 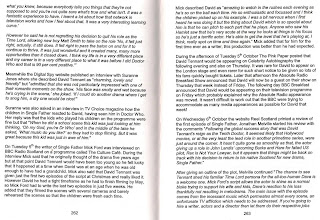 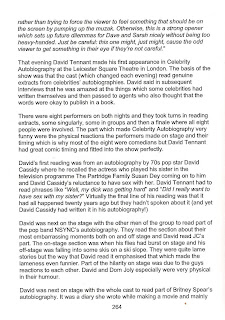