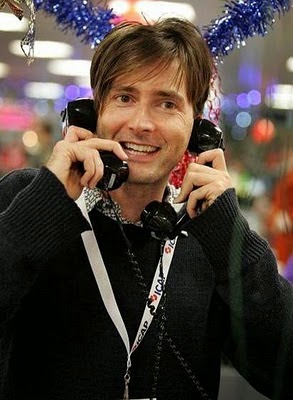 Among all the press reports was a post by someone there that his wife Lisa had been unable to attend as she'd intended as she was sick and David had kindly filmed a video message on his phone for her.


So the David Tennant Treat 4 Today is the video from his phone. Be warned that it contains a swear word!

The video should play worldwide but apologies if it doesn't play in your country.