Continuing our look at David Tennant's career during 2012 for the David Tennant Treat 4 Today this week, today we are looking at Comedy World Cup.

There were seven episodes of this light-hearted quiz show where teams of comedians were asked questions about comedy.

The programme aired on Saturday evenings on Channel Four and was broadcast at the same time that BBC One and ITV had their popular Strictly Come Dancing or Britain's Got Talent type shows so it was always going to be a struggle in the ratings.

David Tennant was the quiz-master and it was knock-out competition with four heats, two semi-finals and a final which Johnny Vegas won with team-mates Josh Widdicombe and Mick Miller. A pilot was also filmed (although not broadcast) in front of an audience.

The Comedy World Cup page on DavidTennantOnTwitter.com shows all the results in a table. However, as the two semi-finals were not played in order, the heat order has been changed.

Some fans of David loved the series and some loathed it but of great interest each week were the different T-shirts which David would wear as they all featured a different comedian on the front.

These are photos of all of David's T-shirts. 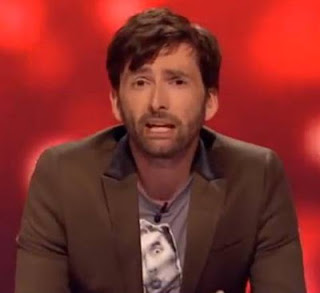 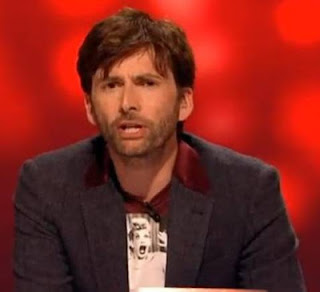 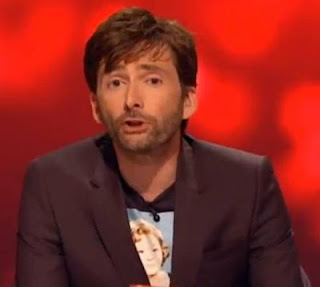 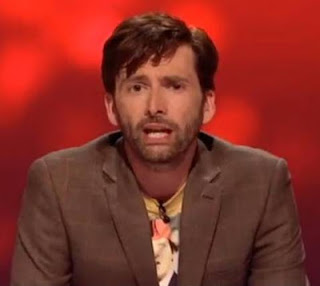 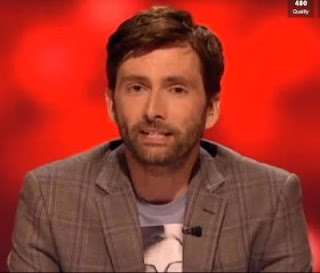 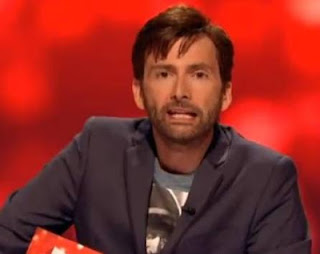 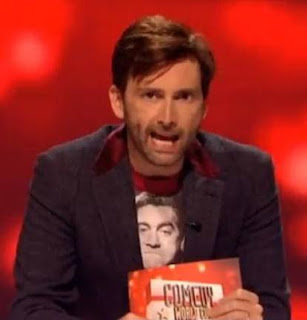