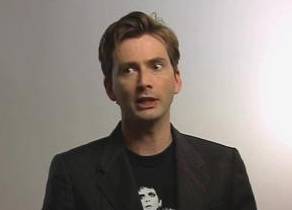 It was three years ago today that David Tennant recorded all his hosting slots for the US television series Masterpiece Contemporary.

This was quite a high profile slot for David in America as he was on screen to introduce a series of dramas on the PBS station each week.

Although David looks cool in the clips, apparently he recorded them in temperatures above 30 degrees in a hot TV studio!

Therefore the David Tennant Treat 4 Today is a series of eight videos where David talks about Masterpiece Contemporary, Doctor Who and acting in general.