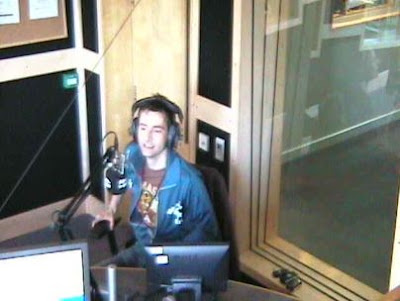 This was on Wednesday 8th April 2009 when David was promoting Planet Of The Dead which was broadcast 3 days later. Christian couldn't believe that David was leaving Doctor Who with nothing else planned so he tested him on the machine. Click here to listen to the result.